Another super easy recipe to make by Donna Hay. This time around I’ve chosen one of the breakfast dishes and I was looking forward to a change in what I’ve been eating of late.  Firstly, I did substitute the oats for barley and some spelt flakes due to certain issues I’ve been having with oats of late.  I don’t think this affected the recipe.   As a rule I actually quite like a good crunchy granola/muesli and had hoped that this might become my next breakfast of choice for a while.   I’ll be honest though and say I did find this mixture a little tough going to eat.  Dry, but still with a flavour that I did enjoy.  In particular whilst the quinoa looks spectacular in contrast to the golden barley and spelt flakes, I found it quite heavy going to eat.  I think it would be fair to say this is not a granola for the uninitiated muesli/granola eaters out there.  I would suggest eating this granola with a good lashing of yoghurt so you have a nice balance of texture and flavour.

Making it was a dream though, the only thing to watch for is the toasting in the oven.  I turned my mixture over on the baking tray a few times with an egg lift to get an even mixture and not end up with burnt patches.  Unfortunately I’m yet to met an oven that cooks anything evenly.

I’d love to hear what you think if you do decide to give this recipe a go. 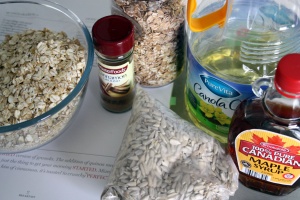 from Donna Hay’s Fresh and Light 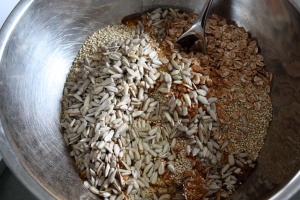 Combine all ingredients in a bowl. 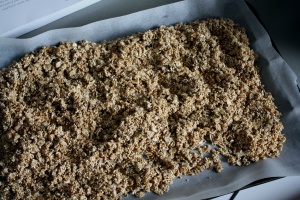 Spread the granola mix out onto a baking tray lined with non-stick baking paper. 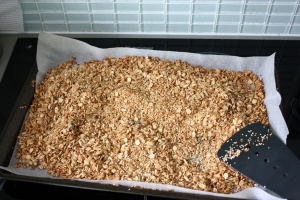 Bake for approx 15 mins or until the grains are golden brown. 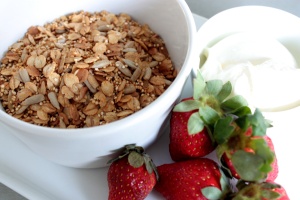 Allow to cool and serve with fresh fruit, yoghurt, milk or any other breakfasty liquid you like to have.

Will store in an airtight container up to 2 weeks.    Makes approx 8-10 serves.